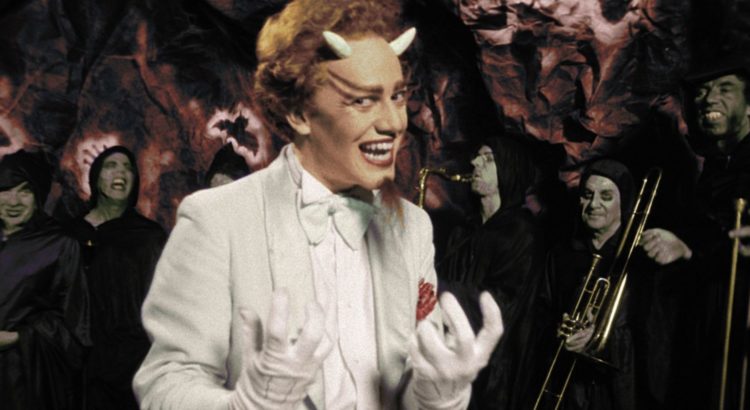 The cult musical fantasy Forbidden Zone was shot in black and white and released as such in 1980. In 2008 the movie was colorized by Legend Films by request of the film’s director Richard Elfman. Arrow Video released both versions of the movie on Blu-ray where Elfman addresses the colorization in the accompanied booklet:

“… And now we are proud to have Arrow Films release Forbidden Zone on wonderful, pristine Blu-ray, including the largest collection of archival materials yet, and both the fine Fantoma mastered black & white as well as the newer color version (which I personally prefer).”