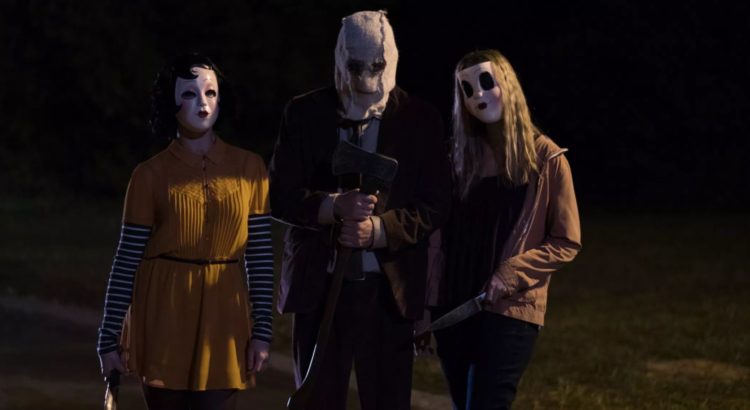 Birth. Movies. Death interviewed director Johannes Roberts where he talks about the difference between the two cuts:

Birth. Movies. Death: Speaking of testing the film, the Blu-ray is unrated, but it’s not always the director making that call – do you know what these differences are? I didn’t really spot any major changes…
Johannes Roberts: Yeah, there’s more intense blood when [the first notable victim] gets stabbed, and I think possibly when [the second notable victim] gets stabbed and definitely when the [the final victim] is killed.
Birth. Movies. Death: So it actually is gory stuff! A lot of times these unrated things are just more dialogue or other excised bits they randomly throw back in just to say it’s unrated.
Johannes Roberts: No no it’s gore stuff… They asked me if I wanted to put in the actual alternate ending into the cut, and I really fought against it. I got the unrated version of the first Strangers, and I watched it for the first time not too long ago, and I was so disappointed because it kind of ruins the movie. The normal cut is the cut you should be watching! When you have an unrated cut people always watch that because they think that’s what the filmmakers wanted or intended, and it’s not true. Adding back the more intense gore is fine, but the cut you saw is the cut I intend people to watch.