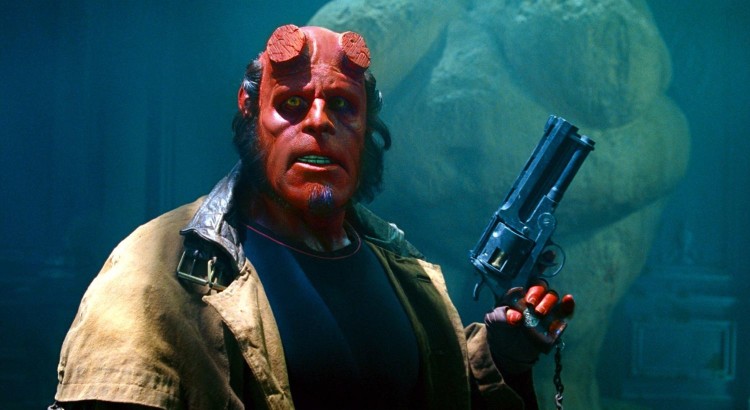 In 2004 director Guillermo del Toro made the first of two Hellboy films based on the Dark Horse comics by Mike Mignola. Ron Pearlman played the unlikely superhero, his first starring role in a big Hollywood production. When Hellboy was first released on DVD it only included the theatrical cut. Later the Director’s Cut was released a special edition DVD set. The Director’s Cut is the only cut available today on Blu-ray.

On the Hellboy commentary track del Toro talks about his preferred cut of the film:

“Hello, this is Guillermo del Toro, and you are watching the director’s cut of Hellboy. I want to thank you, first and foremost for buying this DVD. This is, by far, my preferred cut of the movie. And I hope you like it just as much. I think that the first release of the movie, the first cut that was in theaters, was a perfectly good cut, and I was happy with it. But I felt the need to go back and put some characters moments and some absolutely surreal subplots that made the movie have a different flavour. So you’re gonna see about 12, 13 minutes of extra footage. And it restores a few of the character story lines that were lost in the theatrical cut.”