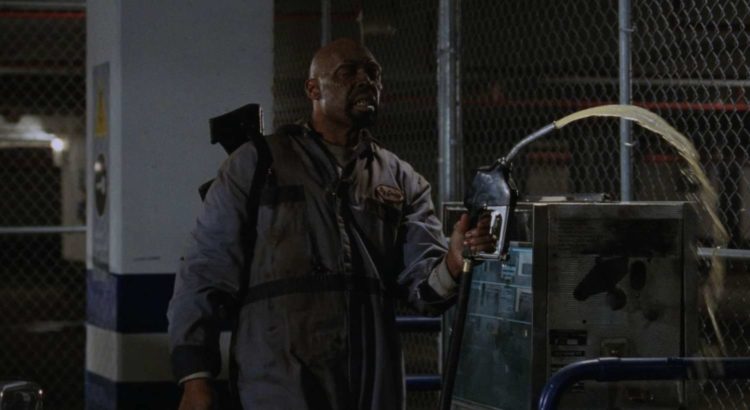 George A. Romero returned to the genre he shaped forty years earlier with Land of the Dead in 2005. The long awaited fourth entry in the Living Dead saga, was released on DVD and Blu-ray in two different cuts: theatrical and unrated director’s cuts. The Blu-ray release only included the unrated director’s cut while the DVD got two separate releases that included the cuts individually. In 2017 Shout! Factory released Land of the Dead on Blu-ray that included both cuts.

IGN interviewed Romero in 2005 when the movie was originally released on DVD:

IGN DVD: What is going into the unrated cut that didn’t make the theatrical?

George Romero: Well, I guess everyone is expecting miles more gore. It’s not that; The movie itself is only about five minutes longer than the theatrical release, and half of that is a scene that we cut, a story scene, not a gore scene, because I just didn’t think it came off as well as it might have. Obviously, there are some things that [Greg] Nicotero did, a few gore moments that we didn’t even try to get past the MPAA. But by and large, I got away with murder with the MPAA. I don’t say that facetiously; I used tricks. I walked zombies in front of a green screen so that I could have them walk in front of some of the gory stuff and that would cut frames out of it and we would be able to keep the stuff in the movie, so the film itself has very much the same intention as a theatrical release.

Usually when they talk about “oh, director’s cut,” it’s supposed to be wildly different and it’s supposed to be as if I had a battle with the studio and I wasn’t allowed to put stuff in the movie. It’s not true at all in this case. Universal, across the board, was wonderful to me and very respectful and let me make the movie that I wanted to make, so this cut is not that different.