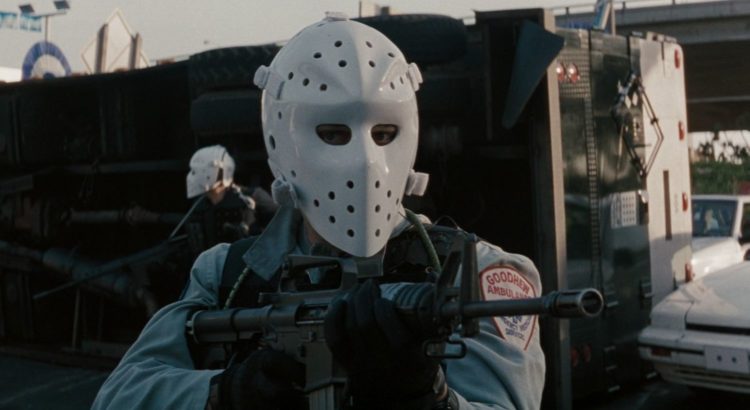 In the action film Heat director Michael Mann teamed up Robert De Niro and Al Pacino for the first time, two of the greatest actors of their generation. They both acted in The Godfather Part II but in Heat it was the first time they shared the screen. Heat goes down with being one of Mann’s best films and owns a spot on the top ten heist movies list of all time.

Mann has released director’s cuts of many of his films, but not Heat. In 2015 Mann was interviewed by Collider where he stated the following:

“There are films I’ve done where I never changed a frame- Heat, Insider.”

Source: Michael Mann interview with Collider “Michael Mann Talks Blackhat, His New Edit of Ali, The Last of the Mohicans Director’s Cut, Changing His Films After Release, Agincourt, and More”

But that’s not true, because when Heat was released on Blu-ray in 2009 he changed it a bit. The changes are subliminal but changes none the less. The time difference between the theatrical cut and the altered theatrical cut is only three seconds. The changes are that he took out a line that Pacino spoke in an altercation between him and Hank Azaria and put in a new shot of Pacino  in a conversation between him and Ashley Judd. All the Blu-ray releases include the altered theatrical cut. The back cover of the Blu-ray release states the following: