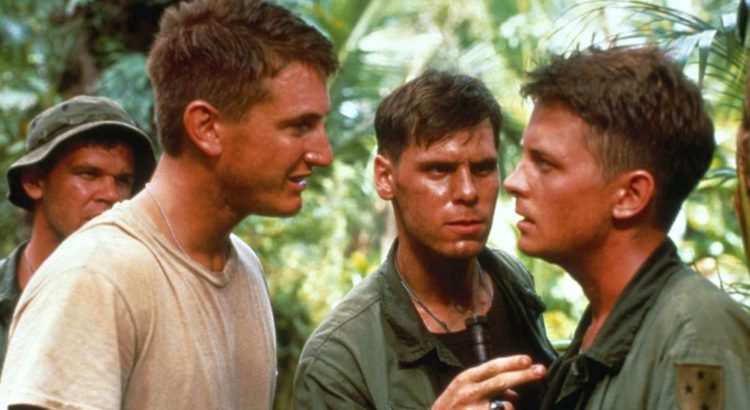 Casualties of War is without a doubt Brian De Palma’s most overlooked movie. It was quite the box office bomb at the time despite having two prominent young actors starring in the film: Sean Penn and Michael J. Fox in a rare dramatic departure from comedy. Since the premiere it has been considered by numerous critics and filmmakers as one of the best Vietnam War movies. In 2006 an extended cut of the film was released on DVD where it included two scenes cut from the theatrical cut. The theatrical and extended cuts are widely available on DVD but the extended cut has yet to arrive on Blu-ray.

Indiewire interviewed De Palma in 2013 and where he was asked whether he’d be interested in doing a new cut of Snake Eyes and talks about Casualties of War:

Indiewire: Have you ever thought about putting it back in or leaving it in as a special feature?
Brian De Palma: Well it was like when they made the special version of “Casualties of War,” I put in two scenes that were cut out from the initial release and I was very happy to put them back in. If they came to me and said, “We’re thinking about doing a new version,” I’d be happy to do it.