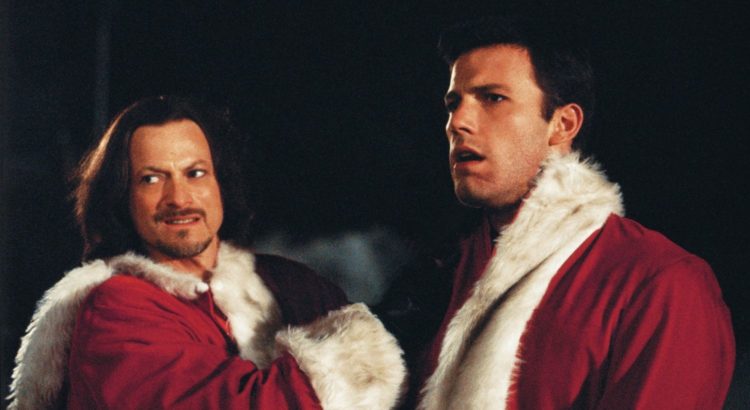 The lackluster Reindeer Games was slammed by critics and audiences alike when it was originally released in theaters in 2000. It was the last film that the legendary John Frankenheimer directed and only a year before he died a director’s of the film was released on DVD. The director’s cut on available on both DVD and Blu-ray while the theatrical cut is only available on DVD. On the commentary track of the director’s cut Frankenheimer states early on:

“This version, you’re about to see is a combination of the released version and my final director’s cut. Before we did the first preview of the movie. I feel that the preview process hurt this movie. We had expected that the audience would embrace the movie in the previews more than they did. When the first results came in they were not bad but they were not what the producers had expected. There became a enormous pressure on me to cut the picture because the distributor were convinced that the audience were reacting to the fact that the film was too long. In retrospect I should not have cut the movie. But I did and I feel that you the audience were the people eventually the one who were cheated by this. I think this version of the movie you’re about to see really represents the film that I set out to make. Which is quite honestly is a very edgy, hard movie. And there is no doubt about the fact that the released version lost a lot of its edge. It was much softer than the film that I originally had directed.”

Source: John Frankenheimer’s commentary on the director’s cut of Reindeer Games on DVD