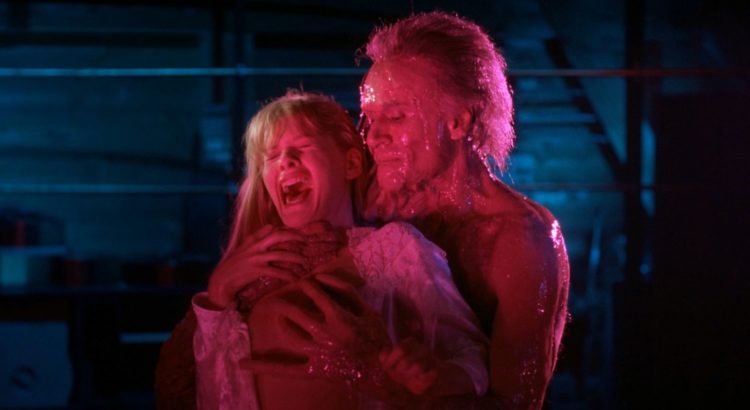 A press release from the now defunct channel upon on the premiere of the film says:

“Forced to cut his film by the MPAA in order to get an “R” rating, Gordon has waited two decades for his vision of From Beyond to escape the darkness and now, to commemorate the film’s 20th anniversary, Monsters HD and Stuart Gordon have teamed up to finally bring the “Director’s Cut” of From Beyond to terrifying light.

In 1986, Gordon, who also founded Chicago’s famed Organic Theater, had just come off of Re-Animator, which screened at the 1985 Cannes Film Festival and quickly became a worldwide hit with critics and audiences – all without a rating. As a result, Gordon says, “They were very upset and, I think, trying to get revenge for the unrated Re-Animator. So we had to submit the film at least a dozen times, maybe more.” According to Gordon, meeting with the ratings board “was like going to the principal’s office to get scolded. They sat me down and the woman I was meeting with said, ‘This is disgusting. Instead of pulling away, you keep pushing in and pushing in and pushing in!’ and I was like, ‘I’m sorry, I’m sorry!’ We ended up cutting out over a minute’s worth of material to finally get it released with an R-rating. They really took out some of the best stuff.”