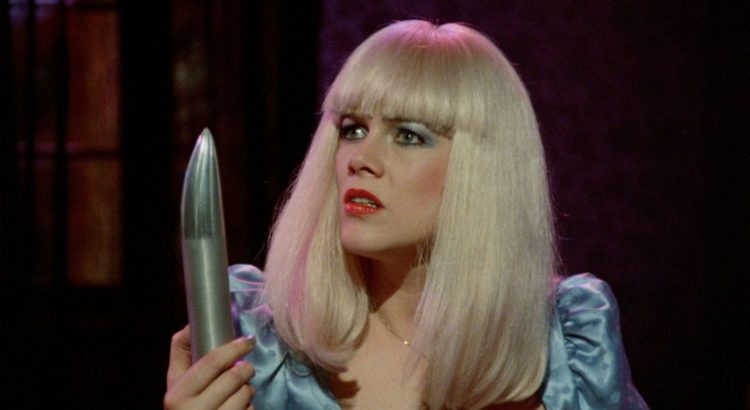 The cult label Arrow Video recently issued a dual format edition of Ken Russell’s Crimes of Passion. The edition includes both the unrated and the director’s cut of the film.  A collector’s booklet comes with the dual format where Paul Sutton writes about Crimes of Passion and includes a quote from a conversation between Russell and him where the director talks about the censorship of the film:

“The (American) censors complained I’d put too much art in the film. I’d bought a few books of erotic art from the corner bookshop, nothing new, most of it a hundred years old and available in every school library, Aubrey Beardsley and Japanese watercolors, and I’d used some of the more famous prints in the film. The censors insisted I took it all out. ‘YOU CAN’T SHOW ART TO AMERICANS!’ If I’d have made a rip-roaring farce about hookers they’d have left it alone, and if I’d made a sadistically violent film for children, and changed my name to [Steven] Spielberg, they’d have left it alone, but because I’d made a serious film for adults, about American sexuality, they cut twelve minutes out and did what they could to damage its prospects. And they succeeded. But it went out uncut on video and went straight to number one.”

Source: Essay Jules et Jim for 42nd Street by Paul Sutton from the booklet of Arrow Video’s release of Crimes of Passion