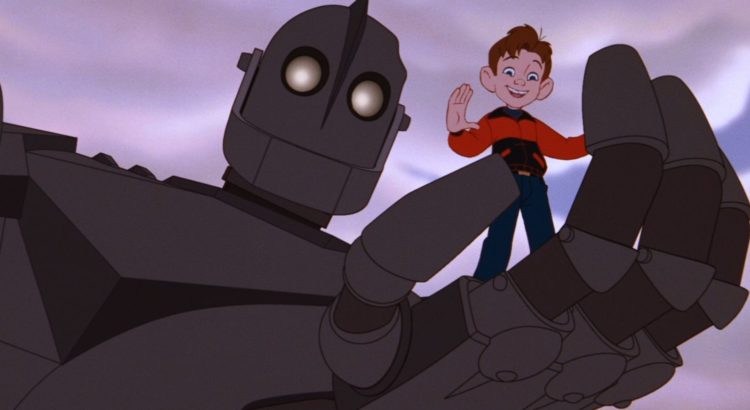 The animated classic The Iron Giant finally found its way to Blu-ray in 2016. The excellent debut of writer-director Brad Bird was remastered for the Blu-ray release and included two cuts of the film: the theatrical cut and a new cut named the Signature Edition where Bird adds two scenes, one old deleted scene and one newly animated. The film bombed at the box office but has an ever growing following since it premiered in 1999. Entertainment Weekly interviewed Bird when the Signature Edition was released where he talks about his preferred cut of the film:

EW: Last year, when the film was first remastered and re-released in theaters, you added two new scenes, and those are going to be available on the Blu-ray release.

Brad Bird: Yeah, it’s important to mention that both versions will be available on the Blu-ray. So if people want to see the original cut [they can], which I totally support. I’m not saying that one is better than the other. They’re both valid.

EW: So you don’t have a preference?

Source: The Iron Giant: Director Brad Bird on building a robot with a soul, Entertainment Weekly

The movie site Collider also interviewed Bird where he states again his preference:

Collider: Would you consider sort of the signature edition like your director’s cut or is this just an alternate version of the film?

Brad Bird: I’d consider it an alternate version. I’m absolutely fine with the other cut and I think it works and I think it works fine. But I also think there are some nice things this version adds, and I’ve always conceptually liked the Giant’s dream scene because it’s weird.