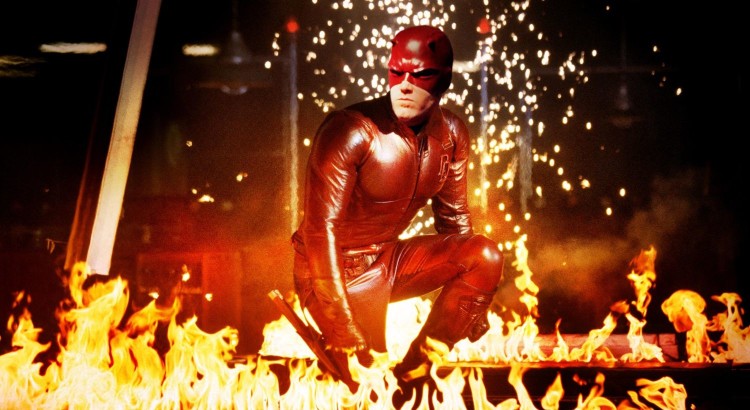 The Hell’s Kitchen superhero Daredevil is treated with love and respect in the TV adaptation produced by Netflix-Marvel. Before the popular Netflix show premiered no other than Ben Affleck donned the red spandex costume in the 2003 film by 20th Century Fox and directed by Mark Steven Johnson. An R-rated Director’s Cut of the film was released on DVD and Blu-ray and is currently the only version available on Blu-ray.

On the Daredevil commentary track Steven Johnson talks about his preferred cut of the film:

“… I felt responsible to the studio. And you know, and the studio wants that movie to be under 100 minutes and move like a bat out of hell. And, you know, you have to respect that because I feel responsibility for them to do fell and to make money and at the same time, that’s at odds with me as a writer and a fan of the comic at the times, because I love Matt Murdock as the blind detective… and a lot of that story that got lifted out. That was the biggest criticism of the film, was there wasn’t enough story. You know, people liked it, but they said there wasn’t enough going on. And this version of the movie is much more of a big hero’s journey much more of an opera to it.”