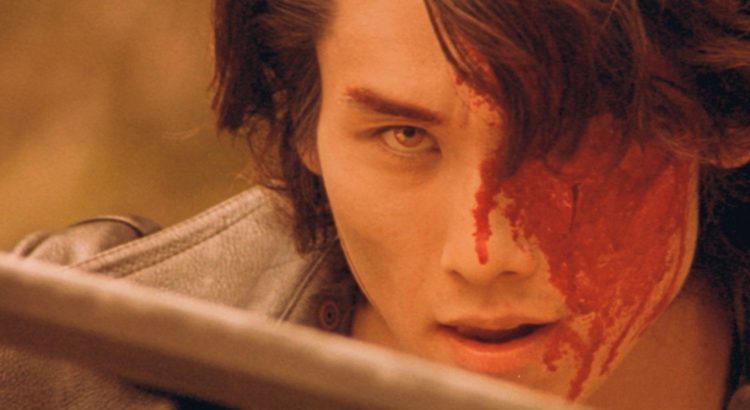 The Japanese cult favorite Versus mixes multiple genres where zombies, sword fighting, martial arts and comedy all comes in one place. In 2004 the movie received a makeover from writer-director Ryuhei Kitamura dubbed Ultimate Versus where he added 10 minutes of newly shot footage, new music, and a color correction among other things to the film. The US Blu-ray release is the theatrical cut while the Ultimate Versus is available from Tokyo Shock on DVD. In a lively commentary track in Japanese for the Ultimate Versus Kitamura is asked by a fellow cast member the following:

Cast member: Was this “Ultimate Versus” done according to your wishes?
Ryuhei Kitamura: I think so. As a “Versus”, I’ve done everything and left nothing behind.

The director’s preferred edition: Ultimate Versus