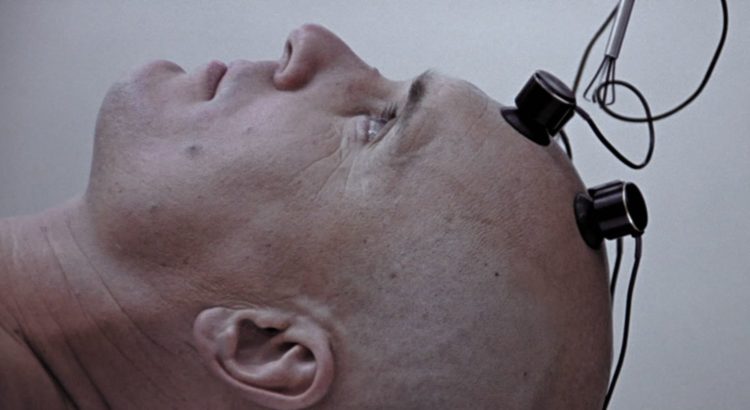 George Lucas’ feature film directorial debut THX 1138 was released in 2004 in a director’s cut billed “The George Lucas Director’s Cut” on DVD. The theatrical cut of the sci-fi cult classic hasn’t been released on DVD nor Blu-ray, and most likely won’t be. In his director’s cut, Lucas made significant changes to the film: new edit, overlapping CGI and newly shot footage.

Bill Desowitz of VFXWorld interviewed ILMs DVD VFX producer Paul Hill and CG supervisor Henry Preston where they talked about the director’s cut and how Lucas was involved in all aspects of the cut:

Bill Desowitz: Lets first talk about the new footage and what it consists of.

Paul Hill: Certainly George went back in and re-edited using some outtakes and other stuff. Because of the Northridge quake, a lot of the original footage was water damaged. Thats why we knew when we went in that we were going to have to do some extensive restoration work. So before I came onto the project, George went through with the editor, picked a bunch of stuff and re-edited it slightly, just to make it more what he wanted.

Later in the interview:

Bill Desowitz: And George must’ve been very helpful in terms of remembering things, such as the main titles were the wrong color.

Source: Back to the Future with ‘THX 1138’, AWN.com/VFXWorld