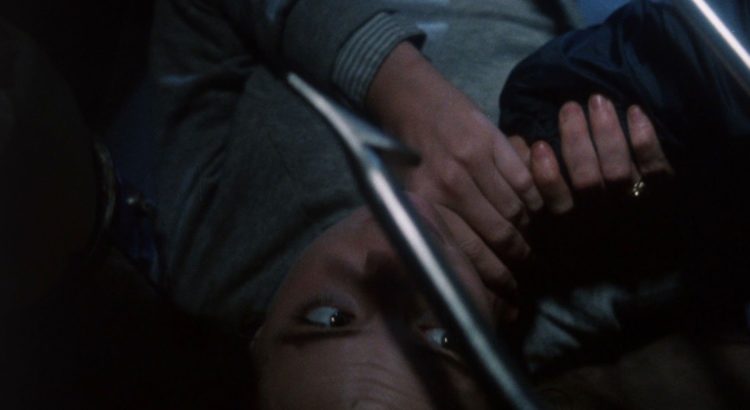 The long lost ’80s slasher flick The Mutilator was finally restored to it’s former glory on Blu-ray and DVD by Arrow Video. Previously The Mutilator was only available on bootleg DVDs. Directors Buddy Cooper and John Douglass had to cut out a scene so the MPAA wouldn’t slap the notorious X-rating on the film:

Edmund Ferrell: “We think, having combed through all the released prints and the cuts we made to make a MPAA approved release, that we finally restored this the way that Buddy Cooper intended it and the way you want to see it.”
Buddy Cooper: “We hope you like it.”