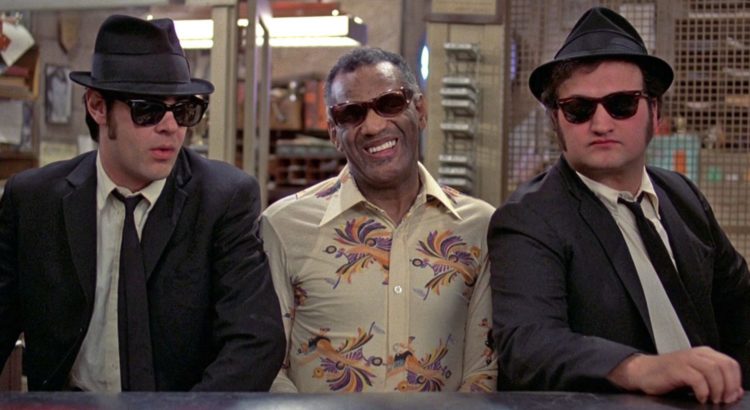 The Blues Brothers is considered by fans to be a classic comedy, and come to think of it, almost all comedies are thought by someone to be a classic. But not every comedy is likely to be titled a “Catholic classic” by the Vatican.

Writer-director John Landis originally presented The Blues Brothers as a roadshow film but Universal’s owner Lew Wasserman wanted the film shortened and the rest is history. For many years the extended cut of The Blues Brothers was the only cut available on DVD until the 25th anniversary edition where it included both the theatrical and extended cuts. Landis has talked about his preferred cut of the film only a few times on the record. Most notably in an interview with DVD Talk Radio from 2005:

For those who want to know a little bit more about the roadshow, theatrical and extended cuts:

“The movie originally was a roadshow; it was meant to have an intermission. And Lew Wasserman said, “John you have to cut 30 minutes out of it.” So we did big lifts, and then I had a preview in L.A. and then I made some more lifts, and that was the released version. I’ve always felt the movie was kind of strangely lopsided, because of the rhythm and how I intended it to be, that was gone. But nonetheless, I don’t know how many years ago, Universal found this exhibitor print.

In 1985, Universal threw out all of the outtakes and trims, so the negatives are gone. So, all of the other stuff that was cut out is gone. However, the print from the preview showed up. It turns out it was stolen by the theater manager’s son, and he put it on eBay about seven or eight years ago, so Universal and the FBI swooped in to retrieve it, and that so-called “Expanded Version” is that preview print. It’s not my first cut of the movie, but it has like three scenes that weren’t in the movie, and we were able to extend some songs. The John Lee Hooker number is longer. The James Brown number is longer. The Cab Colloway number is longer. It’s like 15 minutes longer, but it isn’t the movie either.”

The director’s preferred edition: In a way, neither edition