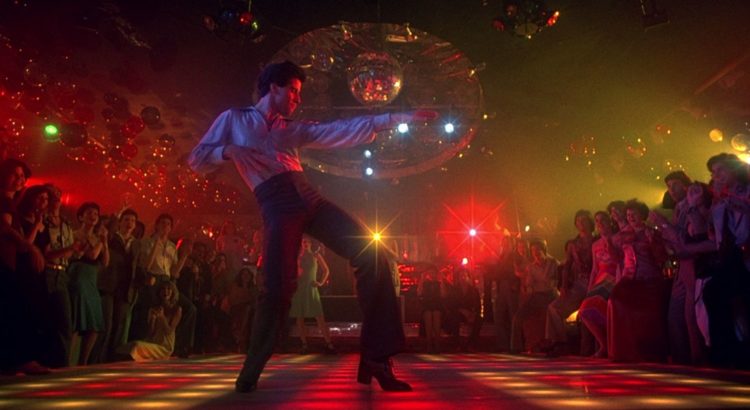 The ’70s disco classic Saturday Night Fever has a huge fanbase from all the corners of the world. The dance classic was released in an edited PG-rated version two years after the premiere where the language and sexual innuendos was removed completely. In 2017 an director’s cut was released on DVD and Blu-ray. Director John Badham was interviewed by Yahoo where he was asked about the director’s cut:

How does the director’s cut differ from the theatrical release?
We were able to restore several scenes that had been eliminated from the original version. As will always happen right before a film is released, everybody gets really nervous, and we cut three or four relatively small scenes. We wanted to get the movie going and didn’t want it to run over two hours. So a few things went by the wayside that told us more about these characters. We have one new scene toward the end where Tony’s dad gets his job back, and he and his mom are really excited, jumping around in the kitchen and carrying on. Meanwhile, Travolta is just kind of standing in the corner sneering at this whole thing. It’s kind of wonderful because here is this happy moment in their lives, and he’s just really kind of cynical about the whole thing. That was part of the genius of Norman Wexler‘s script; he was able to show that our lives aren’t all happiness and light, and it also isn’t all dark. There are many ways life goes.

Is there a new Tony-specific scene that you’re particularly eager for people to see?
Early on in the film, after the first disco sequence, there’s a scene where he goes riding with his friends in the daytime, and he’s listening to them arguing about how you’ll never get anywhere in this life, and you’re just kind of stuck at the level that you’re at. He gets disgusted with them, and that’s all you hear in the original version of the movie. But in the scene that we put back in, he makes them stop the car; he gets out, they drive off without him, and he’s left standing overlooking the Verrazano Bridge. You can tell there’s a real connection just from the way he’s looking at it, and his fingers start drawing the lines of the extension bridge in the air. It’s a sweet moment that gives you a softer side of him after we’ve seen some of the tougher sides.