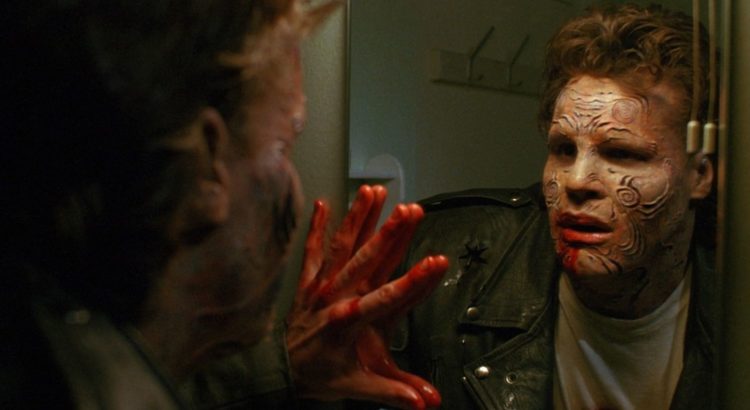 Mark Miller: We’re here to bring you for the very first time the director’s cut of Nightbreed.
Clive Barker: I made a movie some twenty years ago called Nightbreed which was based upon a novel, a short novel I wrote called Cabal. And unfortunately it got a lousy handling with the studios who didn’t like really the fact that I was making a movie about a monsters that were heroes. And that was the whole point of the movie but unfortunately when it was gutted and taken out to an audience in a really messed up form nobody was able to really understand the whole passion, the driven, the making of the movie was. So few years ago, I said to this man, “you know it would be really nice if we could find the missing pieces and put it back together again.”

Later in the intro Barker talks about the difference between the cuts: