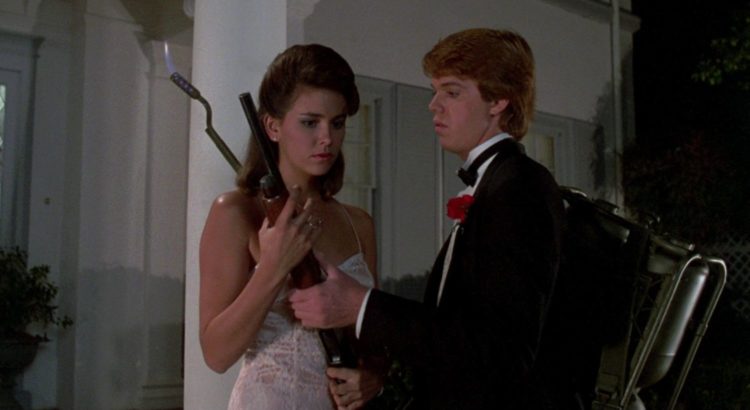 Fred Dekker’s comedy-horror Night of the Creeps was a total bust at the box office in 1986 but has since gained a large cult following. The writer-director Dekker had to forgo is original ending of the film by demands of the studio but has now restored it with the director’s cut on Blu-ray and DVD. The theatrical cut is not available on home video in the US. On the directors commentary on the director’s cut of the film Dekker says:

“This is called the director’s cut although nothing in the film is so far different from the theatrical presentation. I had a fight with the studio about the ending, they didn’t quite get what you’re about to see. It wasn’t their fault, I showed it to them before it was ready.”

“This is what I originally planned: we shot it, we previewed it before the optical was done and people didn’t get it and the studio asked me to have a cheap scare. And I always hated the cheap scare ending. I always wished that this was the real ending of the movie. And when Sony kindly came to us and said “we would like to do the DVD of Night of the Creeps,” I said “can I put the ending back on” and God bless them, they said yes.”