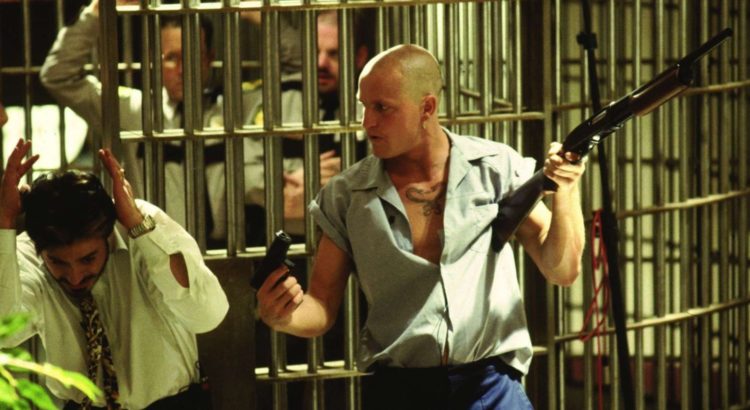 Natural Born Killers is without a doubt one of the most controversial films to be produced by a major studio in Hollywood. The Oliver Stone directed satire was slapped with the NC-17 rating when it was first submitted to the Motion Picture Association of America. Stone reduced the violence and bloodshed by cutting scenes from the film and subsequently it got the R rating from MPAA.

Natural Born Killers has been released in a director’s cut on Blu-ray in the US. The Diamond Luxe Edition Blu-ray release from Warner Bros. contains both the theatrical and director’s cut. It also includes an introduction from Stone:

“Hi. I’m Oliver Stone, and I’m glad to be alive and introduce this version of Natural Born Killers which is the final version. We go the movie out in ’94 as an R. You’re seeing it in 2009 as an unrated movie the way it was made, with the music integrated correctly. A hundred and fifty-five cuts were imposed on the movie by the Motion Picture Association at the time. Those were cuts for violence. They kept saying, “I don’t know what it is about this movie, but it bothers us because the general atmosphere is so chaotic.”
Source: Oliver Stone introduction on Natural Born Killers: The Diamond Luxe Edition Blu-ray