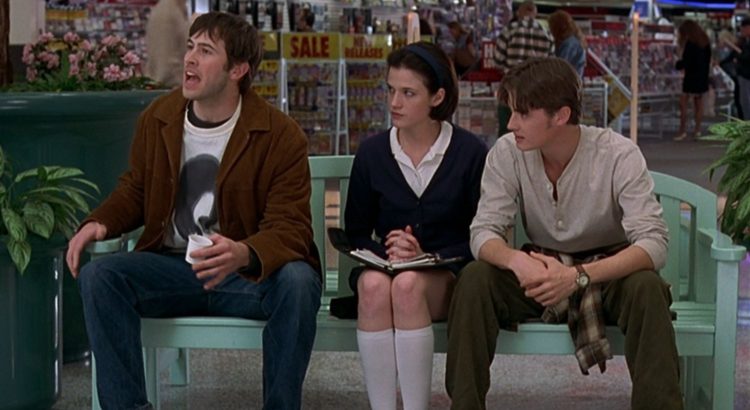 Director Kevin Smith took the Sundance Film Festival by storm in 1994 with the black and white comedy Clerks. It could be said that since then Smith is still trying to live up to the hype. Mallrats is the directors sophomore film and also his first studio backed production. When it was released in 1995 it bombed at the box office and only banked $2.2 million but slowly gained a cult following.

In 2004 an 10th anniversary DVD was released that included the theatrical and extended cuts of the film. The Blu-ray version also contains those two cuts. In an introduction on the DVD/Blu-ray Smith states the following:

“So basically we came up with a really long, mastercut, of Mallrats, as Scott [Mosier] says, is pretty much is taken directly from the script. This is a version of the movie, a kind of a version of version of the first version of the movie that we put before a test audience. That was like, “oh, this is fucking terrible, this is a really bad film,” so we said: that’s the movie that we present on the 10th anniversary edition. So of course we’ve included the real version, the theatrical version, which is awesome. And then we include this version, which we have taken to call “version that should never have been”. And now here it is, in your hands.”