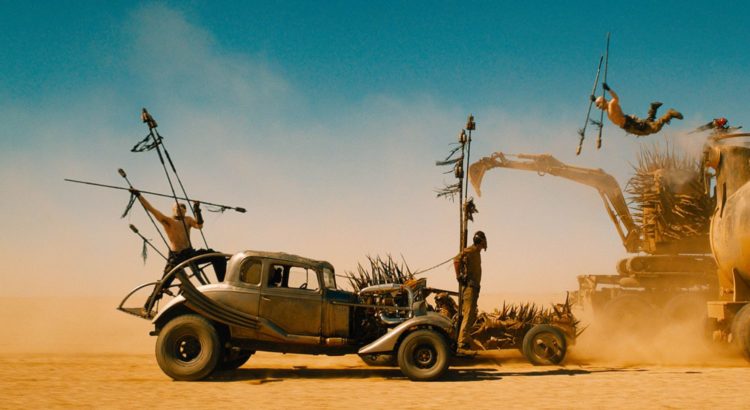 The action-packed high octane extravaganza Mad Max: Fury Road was released on DVD and Blu-ray in 2015. Months before the release director/madman George Miller talked about doing a black and white version of the masterpiece that would accompany the DVD and Blu-ray but Warner Bros balked at the idea. A year later, Christmas came early in 2016 when The Black & Chrome Edition was finally released on Blu-ray where it also includes the theatrical cut. Miller talks about the black and white version of the movie in an introduction on the Blu-ray release:

“I always dreamed of putting a Mad Max movie out in black and white. The best version I ever saw of Road Warrior was when the composer, Brian May, was on the sound stage conducting the orchestra. In those days, in the recording studio uses what they call a black and white dupe, which is a very, very crude, cheap version of the color print. And I remember walking in there for the first time and seeing the first black and white dupe of Road Warrior, and I thought, “Oh my god, that’s how the movie should’ve been”. Something about black and white, the way it stills it, makes it a little bit more abstract, something about losing some of the information and color makes it somehow more iconic.

On Mad Max: Fury Road, I was speaking to Eric Whipp, the colorist, and I said, “I’d love to see some scenes in black and white,” and it looked fantastic. So here we are with the black and white version of the movie. Some scenes in particular play a lot better, and some there’s some information that we got from the color that are missing. But overall for me, it’s the best version of the movie.”