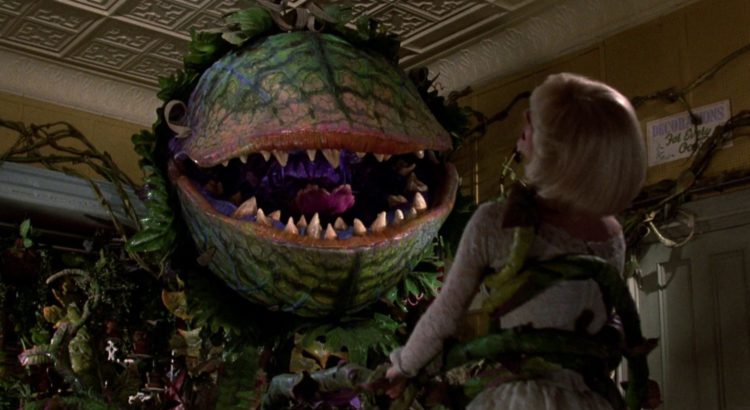 In the featurette “Frank Oz and Little Shop of Horrors: The Director’s Cut” on the Blu-ray Oz talks about how audience reaction of the preview of the film had him change the ending. Oz begins the featurette by saying the following:

“What you’re gonna see here is the original ending of Little Shop of Horrors as Howard Ashman originally wrote it and intended it to be which mirrored the original ending of the Off-Broadway show. And it was this original ending that we had to take out in the previews… But all along, Howard and I, where hoping at some point people could see this ending. We didn’t think it would ever happen.”

Oz goes into great details with special effects artist Richard Conway how much time and work went into the original ending. In the later half of the featurette Oz states:

“… and we were both never satisfied with the original ending. But we were satisfied that we did the job that was necessary in order to release the movie to make the movie work for the audience at the time who wanted a happy ending… At the end of the day, the joy here is that not only the audience see what was intended in the beginning, but also see the works of Richard Conway and now he finally gets to finally get is due and he deserves it.”

Source: Frank Oz in the featurette “Frank Oz and Little Shop of Horrors: The Director’s Cut” on the Blu-ray release