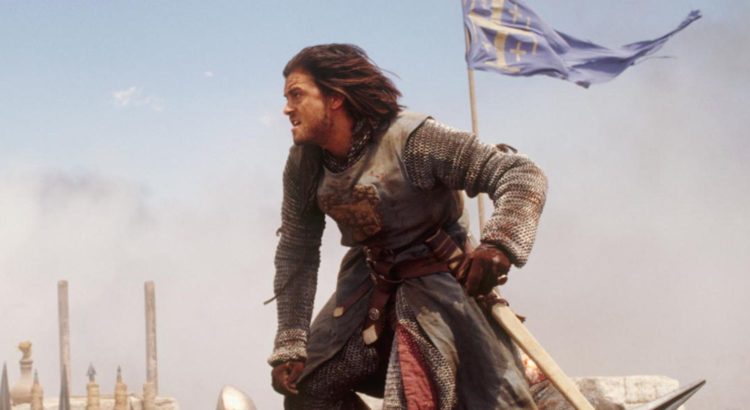 Director Ridley Scott is the uncrowned king of director’s cuts. No other director has released so many different cuts of their films. Some get better by the director’s cut, others don’t.  Scott’s director’s cuts have mostly been better.

Critics weren’t all too kind to Scott’s Kingdom of Heaven when it was first released in 2005. It boosted a great and expensive production but in the end it was just another epic sword and sandal movie. When interviewed later that year, Scott blamed 20th Century Fox for trusting audience test scorecards rather than the seasoned director. In December 2005 Scott premiered his Director’s Cut of the film which was met with critical acclaim, and was later on released on DVD.

Kingdom of Heaven The Ultimate Edition Blu-ray includes three cuts of the film: Theatrical, Director’s Cut and a Director’s Cut Roadshow Version that included an Overture, Intermission and Exit Music.

“Hi. I’m Ridley Scott, the director of Kingdom of Heaven.  I think we could say this is the director’s cut, it being my favorite version. This isn’t just adding a couple of shots at the beginning, couple shots at the end and doing an elongated version of a lot of entires and exits of scenes. This is organic characterzation that I’ve put back into the movie. One of the most significant additions, which I still think shouldn’t have come out essentially was the Sibylla character, who had a child and that story, was always argued that it went of at a tangent. When you’re flying into the third act, there are some elements in there that some people might argue as being too long, or take too long to get there. But I think you should see what it is and judge for yourself. Hope you enjoy it.”
Source: Ridley Scott intro on the Kingdom of Heaven Ultimate Edition Blu-ray