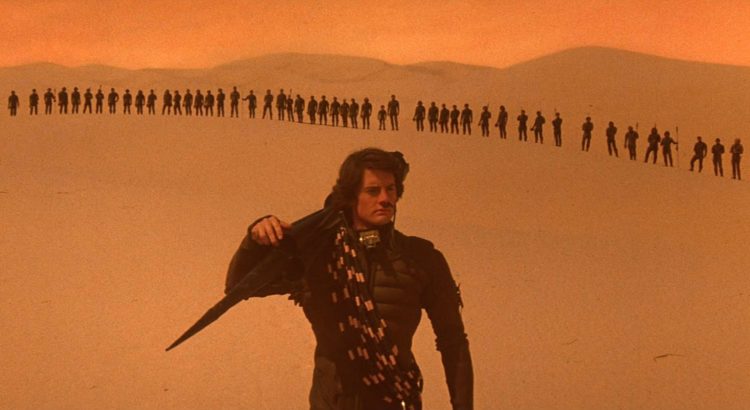 After many years in development hell producer Dino De Laurentiis hired writer-director David Lynch to adapt the Frank Herberg sci-fi novella Dune from 1965. Dune opened in cinemas in 1984 and failed to capture critics and audiences alike.  Since its release Lynch has described the film as the most painful experience in his career and declines talking about it in interviews. Dune was released in its theatrical cut on Blu-ray and DVD. An extended cut made for TV was also released on DVD and has been unavailable for a couple of years.

“Universal asked David and myself to work on a ‘long’ version of Dune to be prepared for television,” revealed Raffella De Laurentiis, “At the time David was busy and not prepared to go back to work on Dune without further financial compensation. He and Universal could not reach a financial arrangement so Universal went ahead without him and David’s name is not on the long version.”
Instead the film that Lynch adapted and directed is now credited to Alan Smithee with screenplay by Judas Booth. Fifty minutes of extra footage was haphazardly edited with additional videotaped material to create a product that has politely been described by fans as “bastardized”.
Source: Faisal A. Qureshi, duneinfo.com