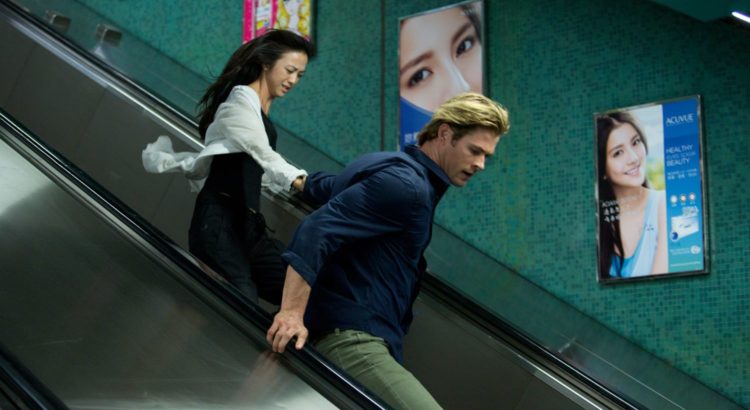 The cyber terrorism film Blackhat is Michael Mann’s lowest grossing film in the US since The Keep in 1983. Not only did it tank at the box office but it also received bad reviews from critics, so it was only a matter of time when a director’s cut of the film would surface. The director’s cut premiered as a part of Heat & Vice: The Films of Michael Mann, a retrospective series of the directors films at BAM (Brooklyn Academy of Music) in 2016. The theatrical cut of Blackhat is available on DVD and Blu-ray but the director’s cut has still not been released for home viewing.

As a part of the retrospective at BAM Mann took the stage for a one-hour-plus talk about his films where he stated the following about Blackhat:

“I thought the film would benefit from having a tangible danger at the beginning. Then I looked at the film a number of months ago and I thought, ‘No, it was better to have the soy hack in front.’ But it’s not just the value of two different events. The soy hack allowed audiences to track in a much clearer way the plot of the story. We start with Viola Davis saying, ‘How did [the virus] get in?’ and that’s the whole motive of act one: how did this [malware] code get in? Tracking that plot point is much more easily done in this configuration. That track is the engine that takes you down the road of the film. So, to me, it’s a much more accessible, and therefore much more exciting story now.”