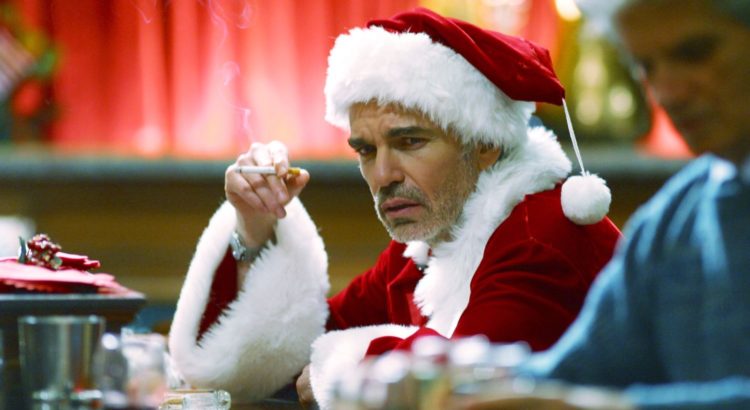 Bad Santa is without a question the raunchiest Christmas movie of all time. The film is must-watch for some at Christmas and has gained a cult following since its release in 2003.

“I’m Terry Zwigoff… This is the film as I originally intended it to be seen. Never thought I’d actually live to see this cut come out.”
Source: Terry Zwigoff’s commentary on Bad Santa Director’s Cut

Also on the Blu-ray is an interview with Zwigoff and editor Robert Hoffman conducted by Roger Ebert at Ebertfest in 2006 following a screening of the Director’s Cut where Hoffman states:

“This version existed basically as Terry’s first cut he presented to the studio.”
Source: Interview with director Terry Zwigoff and editor Robert Hoffman by Roger Ebert