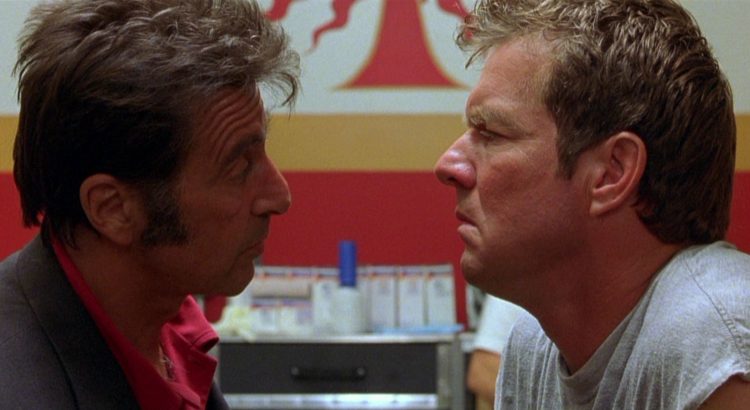 Oliver Stone’s gridiron drama Any Given Sunday was a fresh and gritty take on American football and ranks among best sports movies ever. The Museum of Modern Art in New York held a retrospective of Stone and his films in 2000 where he premiered a director’s cut of Any Given Sunday. The theatrical cut was never released on DVD until it accompanied the director’s cut on the 15th Anniversary Edition Blu-ray. All the Blu-ray releases around the world are the director’s cut.

When introducing the director’s cut of the film to The Museum of Modern Art in 2000, Stones states the following:

“I had to rush to get the film out in time for football season last December. Then, at the Berlin Film Festival, we premiered a shorter version for the European release. Then I did the airline version, taking out the language, and for the first time, I’ve cut the network version. With all of that fresh, I decided now was a good time to go back and make the ‘definitive’ version that runs 2 hours and 37 minutes.”